Like in the years 2013 and 2015 a PELP-Summerschool took place in the summer term 2016, this time from the 12th until the 16th September in Schloss Retzhof (Leitring/Wagna), in cooperation with the masters-programs PLEP (University of Bern) and EELP (Ruhr-University Bochum).

Because of global changes in the political and economic sphere or climatic nature over the last years and decades the phenomena of global poverty and migration developed, affecting a high number of people. At the same time the ones regulating and defeating problems of this kind are confronted with vast practical challenges. This makes it especially difficult to judge their options of action from a normative viewpoint. The closely linked topics of global poverty, climate change and the global migration-movements caused by them were discussed from a normative perspective in our Summerschool.

These closely linked topics were looked at from many different viewpoints at the Summerschool, which was mainly aimed at students of the master’s program Political, Economic and Legal Philosophy. 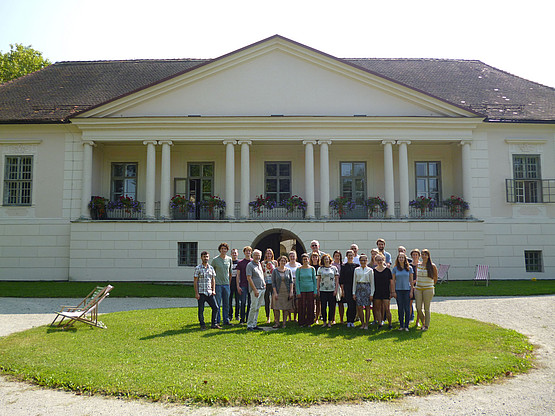